How Do We Cast Our Burdens on Jesus? 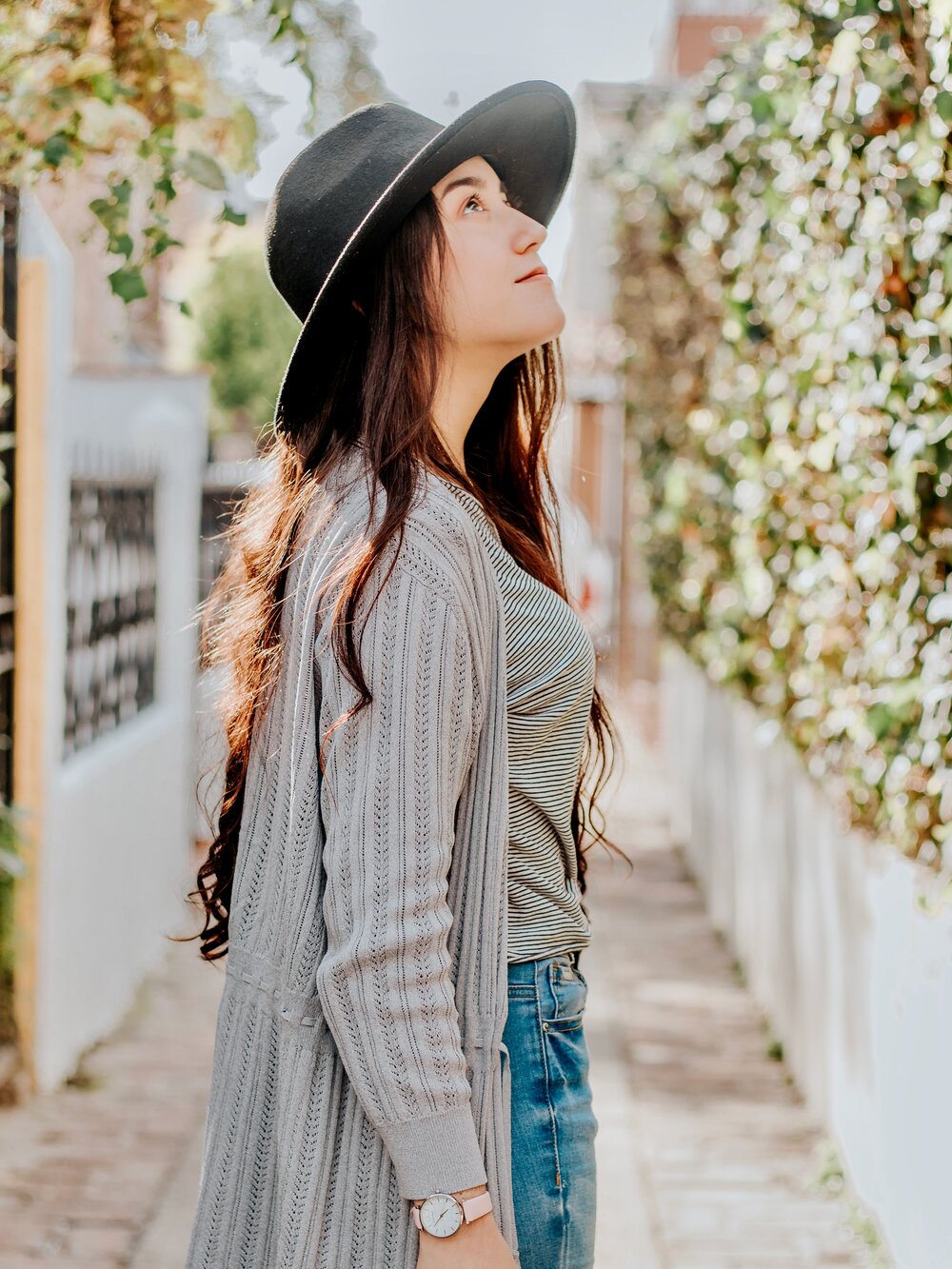 Disclosure: This post may contain affiliate links, meaning Beautiful Christian Life LLC may get a commission if you decide to make a purchase through its links, at no cost to you.

Anxiety is a nasty thing. It gnaws at your stomach and looms dark and heavy over everything else. It wakes us in the middle of the night and makes it difficult for us to sleep again. And when we finally wake in the morning (after that brief moment of blissful forgetfulness), that sense of foreboding soon arises.

We all feel anxiety, and it is not just the grownups. When I think back to childhood, it was probably the time of greatest anxiety: anxiety about a school project that was due soon; anxiety about a piano lesson for which I hadn’t practiced (Mrs. Lewis could be fearsome); or anxiety about a teacher or student who made me miserable at school. These anxieties are no less real just because you are young!

The Reality of Anxiety

Our Father knows that we feel anxiety, and he wants to remove it from us—and not by just throwing it away or ignoring it and pretending that the things that make us anxious are not there. He does not ask us to use mental tricks or mantras to make us forget our anxiety. Instead, he says in 1 Peter 5:7, “Cast all your anxiety on him, because he cares for you” (NIV).

Peter was writing to Christians who had lots of reasons to feel anxious. They were “scattered throughout Pontus, Galatia, Cappadocia, Asia and Bithynia,” which were provinces of Asia Minor under Roman rule, and culturally pagan.

Peter was writing when Nero was Rome’s emperor. Nero was notorious for his monstrous vanity, his deep-rooted paranoia, and his vicious persecution of Christians beginning in AD 60. Peter is writing to Christians who, because of their faith, were losing family members, losing work, and losing their status in the community. Each day they were exposed to arrest, torture, beatings, and death. They had a lot to be anxious about. And Peter said, “Cast all your anxiety on him, because he cares for you.”

How Does Your Dictionary Define Anxiety?

My dictionary tells me that the adjective “anxious” means to feel “uneasy with fear and desire regarding something doubtful,” and that in 1947 the poet W. H. Auden described Western society as “the age of anxiety.” (Is that not every age?)

The Latin word anxietas is itself derived from angor, which refers literally to being choked, and metaphorically to mental distress. Angor refers to a transitory distress, and anxietas to prolonged distress. All of this matches what we think of as anxiety. But what did Peter himself mean by anxiety? We know what we mean by the word, but it is more important to ask what he meant.

What Did Jesus Mean by Anxiety/Worry?

The Greek word μεριμνα (merimna, noun), was used by Jesus to describe “the worries (merimna) of this life and the deceitfulness of wealth” (Matt. 13:22), that choke and destroy a person’s Gospel faith. Jesus also used the word in a strong warning in Luke 21:34: “Be careful, or your hearts will be weighed down with carousing, drunkenness and the anxieties (merimna) of life.” In Matthew 6:25-34, Jesus commands his disciples not to be anxious about life’s necessities and says that a fixation on these things is inherently pagan:

In Luke 10:41, Jesus tried to calm poor harassed Martha, who was cross that Mary was sitting at Jesus’ feet listening to him rather than bustling around cooking for him:

“Martha, Martha,” the Lord answered, “you are worried (merimnaō) and upset about many things, but few things are needed—or indeed only one. Mary has chosen what is better, and it will not be taken away from her.” (Luke 10:41-42)

Notice how Jesus pairs “worry” with “upset” and “distraction.” And in Matthew 10:19, Jesus reassured his disciples, who were certain to be persecuted for the gospel: “But when they arrest you, do not worry (merimnaō) about what to say or how to say it. At that time you will be given what to say.”

What Did Paul Mean by Anxiety/Worry?

In 1 Corinthians 7:32-34 Paul, with surprising candor, urges unmarried Christians to consider remaining single, for the practical reason that marriage and family bring many concerns and anxieties that make it difficult to focus on promulgating the gospel:

In 2 Corinthians 11 Paul describes his many sufferings, including, in verse 28, “the pressure of my concern (merimna) for all the churches.”

So we can see that merimna is not in itself an evil: a person can be filled with sinful anxieties or good and worthy anxieties. In either case, we are to take these anxieties, worries, concerns, and pressures, and we are to “cast them all upon the LORD.”

What Does “To Cast” Mean?

The Greek word cast (ἐπιριπτω, epiriptō) is a rare word in the Bible. In Joshua 23:4 it describes how God “allotted“ the Promised Land as an inheritance for the tribes of Israel. And in Luke 19:35 it describes the people “throwing” their cloaks upon a colt as a makeshift saddle for Jesus. It is derived from another word ῥιπτω (rhiptō) that usually describes the forceful propulsion of something: throwing those who lead little children astray into the sea with a millstone tied around their neck (Luke 17:2); a demon throwing a man down on the ground (Luke 4:35); and sailors throwing their ship’s tackle and anchors overboard (Acts 27:19, 29).

An exception is Matthew 15:30, where “great crowds came to Jesus, bringing the lame, the blind, the crippled, the mute and many others, and laid them at his feet; and he healed them.” They didn’t of course literally toss their loved ones at the feet of Jesus, but there was energy in their action—they were desperate to get those in need to Jesus for healing.

Peter commands us to take our worries, cares, and anxieties and to energetically transfer them from ourselves. But notice that he does not simply say, “Throw them away!” “Forget about them!” “Pretend they don’t exist.” No. We are to cast them “onto the LORD.” We place them in his care.

One the of the most beautiful scenes in Victor Hugo’s Les Misérables is when Cosette, an abused orphan struggling bare-footed on a black forest path with a gigantic wooden pale of water half her weight, suddenly feels the weight miraculously lifted. A kind and powerful stranger approaching from behind miraculously and effortlessly lifts the bucket out of her hands. This is Jean Valjean, who cared for Cosette’s dying mother, Fantine, and has now come to adopt Cosette and care for her as his own. Her heavy burden is lifted by him. Her lifelong pain and struggle is now borne by him.

How Do We Cast Our Burdens on Jesus?

The apostle urges us to take our burdens, not to drop them or walk away from them, but to put them into Jesus’ hands. You are weak, he is strong. You are sinful, he is pure. You are foolish, he is wise. You are the creature, he is the Creator. You are fallen, he is the Savior!

Which anxieties? He wants all of them. He wants your unworthy anxieties for transitory things and wicked things. With him you don’t need to worry about what you will have to eat, drink, and wear. He will take care of these things! He will show you that you don’t need sinful things to be happy—that all you need is him.

How exactly do we “cast our cares” upon him? By asking him to take them. By prayer. “Do not be anxious about anything, but in every situation, by prayer and petition, with thanksgiving, present your requests to God” (Phil. 4:6). “Cast your cares on the LORD and he will sustain you; he will never let the righteous be shaken” (Ps. 55:22).

Jesus—the One Who Cares for You

Why should we do this? Yes, because he is strong and capable to lift the things that crush us. But Peter points us far beyond the strength of the LORD, to his love: “Cast all your anxiety on him because he cares for you.”

The word “care” is usually used negatively to describe a real or perceived lack of care. The disciples on the stormy lake cried out to Jesus, who was slumbering deeply on a cushion, “Teacher, don’t you care if we drown?” (Mark 4:38). And busy, bustling Martha said, “Lord, don’t you care that my sister has left me to do the work by myself?” (Luke 10:40). Jesus described the hired shepherd as the mercenary “who cares nothing for the sheep” (John 10:13), and John described Judas as someone who did not care about the poor, but only about money (John 12:6).

Thus to understand “care,” we need to reverse these scenarios. Jesus did care for his disciples in the storm. He did care about Martha. He cares about his sheep and the poor. And he cares for you.

Your government will usually do its best for you, but it doesn’t love you. It has no more affection for you than your computer or dishwashing machine. Cast your worries, cares, and anxieties on the Lord, because not only is he strong and capable, but he also cares for you, loves you, and has great affection for you. He wants the absolute best for you and will ensure that you do not miss out on a single good thing, or suffer even one thing that unnecessarily or finally harms you.

I finish with a beautiful quote from the nineteenth-century French theologian Adolphe Monod:

So if in the place of riches he gives me poverty, this is better for me, and the result of God’s choice.

I am sick? Health is mine, strength is mine, wellbeing is mine, and a perfect enjoyment of all the good things of life is mine. For all these things are Christ’s, who belongs to God, and who gives these things according to his will.

Upon whom will he scatter these things if not upon me, his child? So if he refuses these things to me today, for a fleeting moment which passes like a weaver’s shuttle, he has his reasons for this: that there are in these sufferings and in this bitterness hidden blessings, which are better for me than this health which seems so precious, and this wellbeing which seems so sweet.

He does not withhold anything good, except to give me something better. This is my consolation, it is everything in His love.

What is making you anxious right now? Cast your anxieties upon the Lord. He cares for you.

Pastor Leni emphasised the strengths, capabilities and uniqueness of leaders in the church and how God has purposely made them shepherds over the congregation. She said 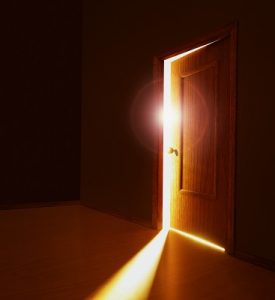 Jesus is Knocking at Your Door 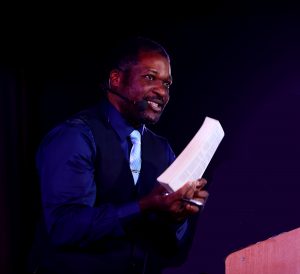 Live a Righteous and Blameless Life

Pastor Dr. Daniel Abu urged the church to live a holy and acceptable life as it is pleasing to the teaching of Jesus Christ, like the 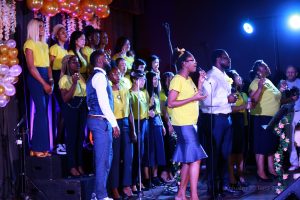 Enthusiasm and ecstasy filled the auditorium as the choir thrilled the members to soothing, melodious and contemporary songs at the ICA 30th Anniversary Celebration on Sunday, 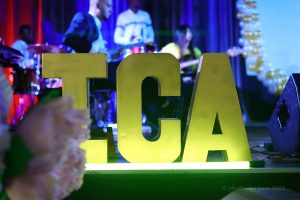 The International Christian Assembly in Moscow marked its 30th anniversary in a grand style on Sunday, October 30, 2022 to thank the Lord for His goodness